Check below to find this program's broadcast schedule 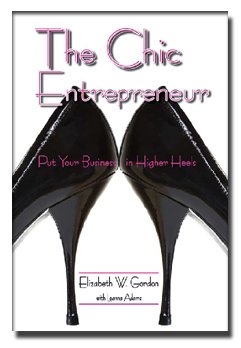 Board Members from the Georgia Association for Women Lawyers joined us this month for our spotlight on member organizations for Atlanta women in business. Â The ladies discuss what it’s like to be a member of GAWL, recent programs and event, the Foundation, Sponsors, mentors and career advancement.

Amanda Wick, VP of Strategic Partnerships at GAWL. Â As a member of the Georgia Association for Women Lawyers, she started the Augusta Chapter of the organization, one of the largest initial GAWL chapters ever started, and was honored as a GAWL Committee Star in 2010. As Vice President of the Strategic Partnerships Committee, her committee won the “Best Committee Award” for 2010-2011. As an active member of the Junior League of Atlanta, she was awarded their 2009-2010 R.O.S.E. Bud (Recognition Of Service Excellence) Award and currently volunteers with the Georgia Radio Reading Service (GaRRS). She is most proud of being a Big Sister to Destinee, the greatest seven year old in the world, through Big Brothers/Big Sisters of Metro Atlanta.

Cindy Manning is a founding partner of Manning, Levine and Marlow, LLP.Â  Cindy spends half of her time practicing criminal defense, capitalizing on her prior prosecution experience to represent clients facing charges ranging from traffic offenses to felonies in both state and federal court.Â  Cindy spends the rest of her time helping individuals and businesses resolve disputes through negotiation, mediation and litigation.Â  In 2005 and 2010, Cindy was recognized by Law & Politics as a Georgia Super Lawyer Rising Star.

Michelle West has been an active member of GAWL since 2006 and a board member since 2009.Â  Ms. West was the second President of the GAWL Gwinnett Chapter formed in 2009.

Michelle is the Founder and Owner of M West Legal, LLC, where she focuses her practice mainly on immigration, estate planning, and family law matters, including international adoption and international child abduction.Â  Michelle has offices in Atlanta and Gwinnett County, and has been practicing law in Georgia since 2002.

Ms. West graduated from Georgetown University with a Bachelor of Science in Foreign Service where she studied International Law, Relations and Organization.Â  She also received a certificate in Latin American studies and received proficiency status/credit in the Spanish language.Â  Ms. West attended Emory University School of Law where she received her Juris Doctorate degree.Â  While in law school, Ms. West clerked for a varied group of firms, governmental organizations, private business legal departments, and not for profit organizations working in areas of family law, estate planning, immigration, business organization and international law.Â  Throughout her studies, Ms. West attended academic programs in Ecuador, Italy, Spain, and Costa Rica.

For more on Georgia Association for Women Lawyers, visit http://gawl.org